The Surfskate YOW Christenson Hole Shot 33.85″ is our own version of Chris’s Hole Shot surfboard, that translates the essence of the board into a surfskating language. 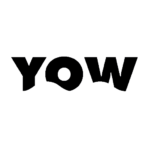 The Surfskate YOW Christenson Hole Shot 33.85″ is our own version of Chris’s Hole Shot surfboard, that translates the essence of the board into a surfskating language.

Although the Hole Shot 33.85” outline does not have much to do with the surfboard’s outline, the riding experience is almost identical.

The board is molded with rocker in nose and tail and high concave, attributes that will help you take your surfskating to the next level while keeping your feet glued to the board, and designed with a short wheel base (17”) for more reactivity.

This board is the go to board for riders looking for a board to perform sharp slides and tight turns with. Mounted with the Meraki (S5) system and 66x51mm 80A (mid) wheels which gives you enough grip to perform controlled turns, while still helping you to execute slides.

Yow Surfskates is among the top surfskate brands in the world.

Along with Carver Skates and Smoothstar, Yow - Your Own Wave - offers one of the most innovative and trustable truck system to replicate surfing movements on land.

The YOW Meraki surfskate truck system is the culmination of the last 5 years of research and development from this company. They built a more simplified and reinforced design alongside with a patented spring system, that makes it one of the most unique surfskate set ups in the world. By removing the expendable parts of the old system and keeping the patented spring system intact and reinforcing the essential parts making it lighter and more resistant as well as improving the aesthetics. The new system is now unified to our very own skate trucks making it more stable without sacrificing the surfing flow our system is well known for. Take your surfskating to the next level.

The YOW V4 surfskate system was the 4th update of their patented surf adapter system. It consists in two independent plates connected by a kingpin and a coil spring, that with the torsion of which, recreate the very same movement of a surfboard on a wave. The system design allows you to install almost any kind of skateboarding truck on it, meaning that you can convert your regular cruiser into a surfing device in a matter of minutes. Tired of surfing the streets all day long? The Yow V4 surfskate system comes with a blocking screw that converts your surfskate into a cruiser. The YOW V4 system is available in two hardnesses: S4: Built with a 4mm coil spring inside. Ideal for surfskaters seeking for the sharpest carves and deepest cut backs or for people weighting less than 50Kg. S5: Built with a 5mm coil spring inside. It offers an authentic surfing feeling for surfskaters above 50Kg.